I love New M🌑🌑ns. For me personally, it is a very powerful time to write out my desires and to bask in my hearts offerings to myself. This is a time to start exactly where you are and to let go of what was and is no longer. Let us identify with the ‘now’ the new day that has dawned upon us.
May this Virgo new moon supports us all to love our flaws a little more and scrutinize ourselves a little less so that we can redirect that energy towards what is useful, restorative, and encouraging us all in our long-term expansion.
Love flows through, and we actualize our Divine Selves.
May all your wishes come true! 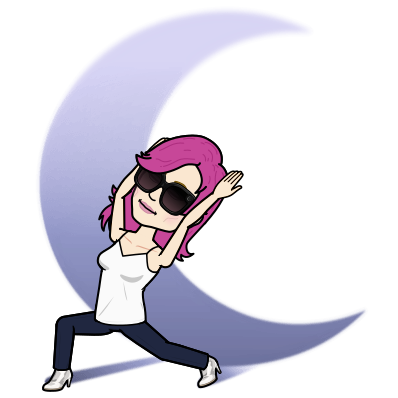 But the new moon, that mere sliver of hope, is everything that abundance and fullness are not. Spare and subtle, it allows the stars top billing, encouraging their shine and prominence on the cosmic stage, generous to a fault. Here and then gone, the new moon is a wisp, almost a chimera, slipping anonymously over the horizon before night even unfolds.

It turns out, though, that “new moon” is something of a misnomer, since moon science (also known as “the people who think about and name things before others of us coming along later can object”) holds that “the face of the Moon that can be seen from the Earth is no longer illuminated by the Sun’s rays—as only the opposing side is facing the Sun. As a result, it is invisible in the Earth’s sky.”*

Meaning that “new moon” is actually “no moon,” no sliver or light at all. It instead awaits the literal “new” moon the next evening, when that lovely crescent wisp with the pointy ends on which one could hang a hat or favorite cherub will make its brief monthly appearance with the dusk. ~~two-moon-poems-new-and-full andrewwhidas